Skip to content
HomeHere Are This Months “Hot August Book Picks” You Should Be Reading!

Here are my choices for this months ‘Great New Reads with Fantastic Reviews! I have a permanent page as well, but I wanted to post it here to make sure all who comes for a visit can know about my Awesome Book Picks!
My featured book is a brand new release from my good friend, and fellow author/novelist; Cheri Vause.

Her new explosive book out now is “The Truth and Nothing but Lies” has Mystery readers buzzing! And, she is working on a new book series as well. Book one called, “The Night Shadow” and first release of this new series. If you haven’t heard of Cheri, check out here very first book on Amazon called; “The Garden Of Souls”
.

So here are this Months Picks!

Each month I will share my choice for the ‘Hottest Books’ I have heard a big buzz about on social media, book sites, and reviews, which help me consider worthy of a book being on my ‘Hot Book Pick’ each month. It maybe one book, or it might be three. I’ll share them with all of you , my readers, and share what kind of reviews they have received to show why they get the Honor of being on my monthly ‘Hot Book Picks’ list. Lets see who made the Month of August?
.

The Truth and Nothing But Lies 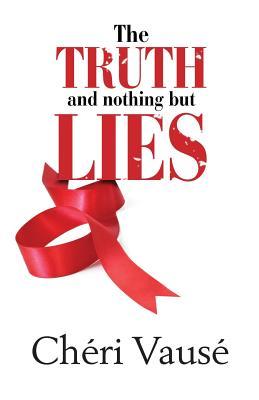 Book Description:
.
Special Agent in Charge, Grantham “Grant” Greene has become disillusioned with his role in the FBI. He’s charged with leading the hunt for a bomber, targeting Women’s clinics in Oregon and Washington. With pressures from his boss and his ambitious father, Grant becomes even more discouraged as he works his way through the mire of evidence. His discovery of the actions of a beautiful woman, who has supposedly committed suicide, leads him to believe that, alongside the bombings, he may also be investigating a murder. With the potential for a nationwide political scandal, Grant has just one weekend to uncover the identity of the bomber. As he delves deeper, and tragedy strikes, Grant starts to question his views and wonder if it’s possible to fall in love with someone you’ve never even met.
.
About The Author: Cheri Vause:
.
Cheri is an author, lecturer, and noted expert on the Catholic Ladder, a timeline developed by the Jesuit black robes sent to the Americas to teach the scriptures to the Native Americans. She has taught theology for twenty years using the Talmud (Rabbinic commentaries on the scripture), theAggadah (Oral stories of the Old Testament), and the Kabbalah (the Jewish ladder of creation) as resources. She is the author of a new mystery series featuring a couple who are private investigators to be released at the end of the year.
.
The first in the series is The Night Shadow. Her stories can be classified as a mystery / thriller / suspense, and, yet they contain a touch of romance to make it a classic cozy mystery.Cheri was born in New Mexico, and later moved to California where she married and traveled around the continental US, and Europe, until she settled on a small ranch in South Central Texas. She is the mother of two sets of twins, born on the same day, fourteen years apart. She is a grandmother, and a willing vassal to her majesty, a coy-dog named Scully, and her partner in crime, Mulder, a Great Pyrenees. You might find her out in the desert or at the seashore snapping photographs, her passion, along with writing.
.
*I have to add a little to this months author & book pick because I help Cheri with her book promotions, and I just have to tell you all what a pleasure this girl from Texas is! And she is so down to earth, and heart bigger then The State of Texas. One of the most humble women I know. The buzz of her book has been awesome, and she is now working on a new fantastic book series! If you love to read to Mystery, then this is the book you should be reading!*A  5 Star Amazon Review:
Secrets of the Star Chamber?
By John R. Dizon on June 12, 2014
.
The Truth and Nothing but Lies by Cheri Vause is a well-crafted suspense/thriller following the exploits of FBI agent Grant Greene. A bombing of a women’s clinic in the sleepy town of Astoria, Oregon results in his father, Governor Porter Greene, pulling strings to get Grant assigned to the high-profile case. CBN reporter Hector Rodriguez is also drawn into the case as famed abortion Dr. Sanji Kumar is suspected of being the target of pro-life activists. Grant’s interview of Miriam Elliot provides him an angle in investigating Kumar, who has had connections with the CIA in his previous life as a double agent. What appeared to be a career-enhancing case for Grant becomes a perilous voyage into a storm of conspiracy and murder in Vause’s fast-paced tale.

The discussion of pro-choice alternatives provides the moral essence of the plot. Kumar’s moral values appear to depreciate as both the direction of his life and his personal choices create greater dissonance in remaining true to his Hippocratic oath. We see how his decision to defect to the CIA has already compromised his sense of loyalty. Committing himself to perform abortions places him on yet another cutting edge as he is faced with the monumental debate between pro and anti-abortion activists. Though far from a tragic figure, we can see how medical professionals can be impacted by life choices in straying from a path that we as a society see as both righteous and unimpeachable.

For suspense/thriller fans and all readers that enjoy a cerebral mystery (with no sexploitation or foul language), The Truth and Nothing but Lies by Cheri Vause is a worthy addition to your collection.
.

*And as always, help us ‘Authors & Writers’ out when your done reading our book that you enjoy, or maybe not so much, go back and write a review. It really helps us know what are readers want, help us grow as writers, and helps share the book, good or not so good reviews*