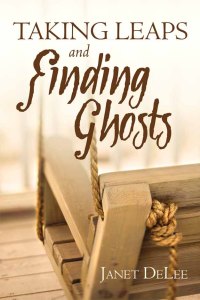 About The New Release:

Dreams aren’t just for the young, and Ginny Lawther is happy to prove that even at the age of fifty-eight she can still brave a leap of faith…she just needs a little prodding from like-minded individuals. Step one: place an ad in the local newspaper inviting other dreamers to form an Ideal Life Club. Step two: see if anyone shows up.

When Ginny meets four hopeful strangers at the first club meeting, she thinks they’re off to a great start. Now it’s only a matter of time before the sixty-something widow Hilda, turns her crafting into a full-time career; the twenty-something Jerry becomes a professional musician; and the thirty-something housewife Lydia publishes her cookbook. That is, until the rugged divorcé, Lee, sets a goal to solve his ghost problem—and upends all their lives! Suddenly the support group isn’t just trying to navigate the ups and downs of pursuing their dreams; they’re also wrestling with a strange cast of spirits who keep interrupting their endeavors. What do these apparitions want? And why have they latched on to the Ideal Lifers? 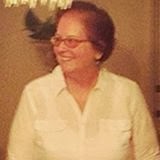 This is the second novel release by this sassy little Texan. She was born in Dallas, Texas and still lives in the area. She attended Hillcrest High School, then went on to North Texas to major in courses of Film/TV/and Radio. Janet is a self-appointed, self-actualization guinea pig who firmly believes in leaps of faith and is committed to creating an ideal life for herself. The Texas author, who was inspired to write ghost stories after experiencing unsettling events during stays at several bed-and-breakfasts, as well as an old New Orleans hotel. In addition to having a hint of mystery, DeLee’s novels also tend to follow characters struggling to pursue their dreams.

– Now many of my readers and visitors know I am not like a ‘James Lipton of The Actors Studio’ show, so I only ask a few questions of all my guest authors. I think Janet did a stellar job in sharing a little more about her and her craft as a writer.

1.) How did you decide to become a writer?
It was something I wanted to do for years but I just wasn’t sure if I had what it took.
During the recession things got so bad in the company I was in, I started thinking maybe it was now or never. So I left the job and jumped in. It took about a year to write my first novel and it was published May 2013. Once I knew I could do it, there was no stopping me. I was hooked. 2.) Now that your second book is released, what has been the BEST thing that has happened to you as a published author?After spending years doubting my calling and feeling like a square peg professionally, the feeling of being aligned with who I really am, a writer, is the greatest feeling In the world. It’s like the character Ginny Lawther said in my first book, Creating an Ideal LIfe: “Letting my imagination soar was the best gift I could ever give myself.” 3.) If you were given one ‘literary wish’ what would you wish for? “Never to retire as a writer. To write until I take my last breath.”
—

Her first book is titled, “Creating An Ideal Life,” and it released in May of 2013. Here is a little more about her first book, and what readers are saying about it.
.

About The Book:
When her career runs aground during the recession, baby boomer Ginny Lawther decides to reboot her life with a leap of faith and systematically sets out to make a long-cherished dream come true. Janet’s debut novel, ‘Creating an Ideal Life,’  is the first in a series of novels featuring her terrified-but-determined character, Ginny Lawther, who will continue expanding her life experiences with further leaps into new dreams, new quests, and new adventures.

Now a few personal things you may not know about Author, Janet DeLee? Besides being a prolific writer, she enjoys reading good books of course, archeology, ghosts, travel, gardening, crosswords, and cooking.
You can go connect with Janet on social media, and here is a few places you will find her!