Are you ready for book 2 of The Chasing Disaster Book Series? Well it is almost time for release! And Christie couldn’t be more tickled. Above is the new book cover for this amazing book series, and it is now on Pre-Order on Amazon!
If you have read her 1st in this series, you know book 2 is going to be good. Here is a little peek about the next installment of the book,  ‘Unnatural Disaster’. . . .

Carter Henderson and LaTrisha “Lala” Whitfield share a love very few will ever experience. Just when things between them begin to finally look up—twins on the way, a fairytale wedding on the horizon—the unthinkable happens.

Nine months pregnant, LaTrisha is assaulted and kidnapped, plunging Carter into an unpredictable state of desperation. Willing to risk everything to find her and believing Lisa has returned for revenge, he turns to his family for help. Pulling every available resource, his search for the love of his life takes him across the country and, when initial leads turn into dead ends, it forces secrets buried for a generation to be revealed.

Will he discover the truth in time to save his beloved and their unborn children? Or is their happily ever after destined to end in familiar and seemingly inescapable tragedy?

Unnatural Disaster is the second installment in the Disaster Series by author Christie Anthony. This is contemporary romance with a twist—sexy scenes, deeply layered storylines, thrills and sympathetically flawed characters abound.

What’s done in the dark, will always come to light! 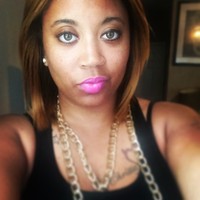 Christie was born and raised in the close-knit community of Goldsboro, North Carolina. One of six siblings, her family is a constant source of inspiration that drives her to always want to do and be more. She has loved the romance genre for as long as she can remember, and transitioning from reader to author is second nature to her.

Though she enlisted in the U.S. Army a couple of years after graduating high school, her love for writing was ever-present. Now a veteran, Christie is enrolled in college and is carving a place for herself in the world of happily ever after. Christie’s passion for creating beautiful and competent heroines is apparent in her prose. Her most recent projects are Love Uncharted, now on Amazon, and the first book in the Disaster series, Chasing Disaster as well.

Christie currently lives in Tacoma, Washington and is a strong supporter of the nation’s largest anti-sexual assault organization, RAINN. When she isn’t working, in class, or bringing characters to life, she is spending quality time with her husband, watching Netflix marathons and listening to music.

5 Stars!!   “With working all of the time I never have time to read like I used to, but I finally got a break and I finished this book. It was amazing!! I loved the romance and the suspense. I knew that Lisa girl was crazy. LOL! Broke me heart when it ended. Can’t wait until the next book of the series is out. GREAT READ! Go Christie!
By Karissa on April 20, 2015

4.8 Stars!   “I enjoyed this quick read. Lots of twist and turns that will keep you guessing. Surprisingly I like Lisa, she has a lot of interesting drama with her. A history I’d love to hear more about in the second installment.”
By tiffany rauch on April 14, 2015

I wish Christie much success with, Unnatural Disaster, Book 2 as she is having with book 1  . . .
I know my readers are going to love the second book as much as the first! So go to Amazon.com right now and pre-order
yours today!
Order Unnatural Disaster Book 2 Now