Hello and Welcome Readers and Friends,

It has been a long while since I have showcased some current book clients and friends of mine. It is always exciting to meet new authors, and to help them with all their social media and book promoting needs. It is what I enjoy doing, and I love introducing all my clients and author friends to new readers who will enjoy their new books and novels. Now we all know how self-publishing has changed the landscape of book buying for avid readers.

And its the readers who are benefiting the most of this wonderful indie book phenomenon! There are so many new books releasing each day! Many are self-publishing, but there are some wonderful small publishing firms who release awesome books to. But when you self-publish it benefits the writer/author as well. They can write and publish all on their own without expensive publishing costs or without a publisher at all! They enjoy the freedom of owning their book rights, royalties and much more.

So let me introduce you to some wonderful authors, and the best part of my job? I make long-lasting friendships with all my clients.  “So Lets Start With The Ladies!”
– – – – –

Novelist, A. R. Tirant, is the prolific writer and novelist of,  “Echoes from the Oasis,” A Beautiful Historical Romance Novel Series available on Amazon and it is now an Amazon Best Seller! 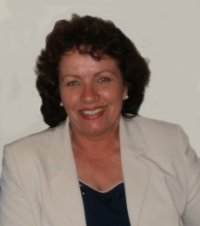 Rosie Tirant-Longhurst, aka A.R. Tirant, was born in the Seychelles in November 1958, the daughter of a policeman and the eldest in a family of four brothers and four sisters. She grew up on the northern coast of Mahe island, in the tiny seaside village of Beau-Vallon. Her working life started in 1975 as a nurse at Mahe’s Victoria Hospital, followed thereafter by a career in the Hotel Industry. She emigrated to England in 1995 and now lives in West Sussex with her husband. She has two grown-up sons and a granddaughter.

Rosie wasn’t born with a pen in her hand, far from it. Life growing up was hard and strict. The home comforts we all now take for granted were but a dream for the young girl whose days were divided between household chores, cooking, cleaning and looking after her young siblings. Water for all the household use had to be carried from a stream, with one hand holding a pail on her head, and the other keeping a second pail from spilling.

Education only happened because it was the one way of getting some rest during the daytime, even if the chores still had to be done by the light of a coconut oil lamp. They were difficult times… times when she would lean against the pillar of the outdoor kitchen waiting for dinner to cook in the large black pots, staring at the tropical skies and marvelling at the diamond beauty of the scattering of stars above, and all the while wishing for a different life…

‘Echoes from the Oasis’ is her debut novel which will be followed by other titles in the same series.   Please visit her beautiful website that is also supported by The Chamber of Commerce of The Seychelles Islands, were Rosie was born and raised.
Seychelles Historical Novels ~ A R Tirant

About Echoes from the Oasis:
In 1814, the war being raged on the seas of the Indian Ocean by the all-powerful Franco-British naval forces trying to dominate the lucrative trade routes to India, had ended with a truce. At the stroke of a pen, far away in the city of Paris, the exotic, tropical islands of the Seychelles became a British colony. Forged from their French descendants and African slave roots, and molded by their new British rulers, a small nation had emerged.

The story of Anna Savy is set in July 1912 on the island of Mahe, she has just turned sixteen. As a passionate young woman, nature-loving, with rebellious energy, wants much more out of life. Her story is set to read the her life journey as love enters and blossoms in her life .. .. ..  Now you’ll need to read this New Novel Series to get the rest of the story of, “Echoes from the Oasis” Available on Amazon USA, & Amazon UK and other fine book stores.  http://www.amazon.com/Echoes-Oasis-R-Tirant/dp/099280860X
– – – – –

Author, Writer and Illustrator, Bette A Stevens is an Award Winning Author for her children’s book, and gives back to help fight childhood illiteracy. All kids should be taught to read, and Bette has helped them with her children’s books and make it FUN!

More about Bette A Stevens:
Bette  is a retired teacher, a wife, mother of two and grandmother of five. Stevens lives in Central Maine with her husband on their 37-acre farmstead where she enjoys writing, gardening, walking and reveling in the beauty of nature. She advocates for children and childhood literacy and for monarch butterflies, an endangered species. Steven’s children’s activity book, THE TANGRAM ZOO and WORD PUZZLES TOO!, was first published in 1997 by Windswept House Publishing, Mt. Desert, ME; a second edition was self-published by the author in 2012.

AMAZING MATILDA , Steven’s second children’s book, self-published in 2012, won a 2013 Purple Dragonfly Book Award (Honorable Mention for Excellence in Children’s Literature – Ages 6 and older category) and placed #9 on The 2013 Gittle List TOP 10for Self-published Children’s Picture Books. Stevens has written articles for ECHOES, The Northern Maine Journal of Rural Culture based in Caribou, Maine. In 2013, the author published her first book for the YA/Adult audience: PURE TRASH: The story, a short story of a boy growing up in rural New England in a family whose poverty and alcoholism mark him as a target for bullying by young and old alike. This short story is a prequel to Steven’s debut novel planned for release in the spring or summer of 2014.
.

Bette has several books out. Her 2 newest are, Pure Trash and Dog Bone Soup, A Boomers Journey.
She also has a fabulous writers blog that truly a must visit:Bette’s Fabulous Blog For Writers and Readers
You can learn about all her books. You can also visit her on her Amazon Author Page as well!
Bette’s Amazon Author Bio and Books

Author, Ellie Pulikonda is the prolific writer of her new debut book titled; Split Second . .
“When do a family’s dark secrets become too dangerous to keep”? Find out in Ellie Pulikonda’s shocking debut novel, “Split Second.” With fantastic Amazon reviews, it is destined to be an Amazon Best Seller!

About Ellie Pulikonda, Writer/Author:
Born and raised in the Pacific Northwest, Ellie attended several colleges after high school to obtain her BA in Education, MA in Library Science, and her MS in Adult Education. She is or has been a daughter, wife, mother, widow, partner, single mom, grandmother, and great-grandmother.

She has worked various places, and in different fields such as a law office, a librarian, newspaper article writing, a welfare office, and finally as the director of a public library in Tipton, IN.

“I write for the pure joy of writing . . . At first, it was diaries, journals, and musings; then I graduated to short newspaper articles, some unpublished but staged mystery/comedy plays, scripts for amateur musical productions and now books.  My hope is that my readers will enjoy my books and also be prodded to think about the actions and motives of my characters, to question their choices and why they made them, and to see the characters with greater insight.”

Now Ellie also has a wonderful writers blog that you must give a visit to. She has a little blog series she does titled; WORDS on WORDS. . .  Ellie Pulikonda’s Writers Blog
And you visit her About.me page too! Ellie Pulikonda on About.me

About Split Second:
“When do a family’s secrets become too dangerous to keep? Find out in Ellie Pulikonda’s shocking debut novel, Split Second.”

But Liz threatens to ruin it all after severe depression forces her out of college and back home. After she attempts suicide, Richard rushes her off to a private hospital in hopes that the drama will soon blow over.
Run by Nick Jensen, the hospital seems to be exactly what Liz needs. But soon Nick uncovers some disquieting facts, like the fact that Liz’s depression arose at the exact same time that a classmate was presumed murdered. Liz’s uncanny knowledge of the crime’s details only deepens Nick’s unease.

As Liz attempts to heal, her parents’ marriage begins to crack in light of mutually held secrets coming to the surface. What is the Reynolds family hiding?
– – – – –

So there you go readers. These are just a few of The Ladies here on “Lyon Book Promotions” and very soon? Will have all The Guys here on my Book Promotions blog and my Author Friends next. If you are an author needing help promoting your fantastic books, than check out my “Book Promo Plans & Packages” page here. I know How and Where you need to be to get your books noticed by Readers who will enjoy reading them! .. ..  ..