Skip to content
HomeIntimate Interview With Author, A. Gavazzoni, and Her Steamy Psychological Thriller Trilogy and Our First Brazilian Writer.

You are all in for a “Fabulous Book Treat.” Please meet Author, A. Gavazonni (Adriana) and her new novel release; “BEHIND The DOOR” A Sensual Steamy Romance Suspense.  Amazon readers and reviewers are raving about this new Brazilian author who is a talented writer, beautiful, and smart (she is a Brazilian Lawyer). Now released as well is Book Two, “Lara’s Journal” and just last month Book Three and FINALE titled; “The Brilliant Game!” 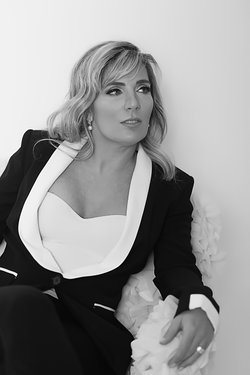 Here is just a little of what reviewers and readers are saying;

“A well-written psychological thriller.
Deep and complex, sexy and surprising. A real page-turner from beginning to the end.”

“Amazing, exciting, and super sexy.
If you pick it up, you won’t be able to put down.
Highly recommend this one!”

Clever Plot. I couldn’t decipher till the end! …

“I couldn’t decipher till the end! Very mysterious and sexy! holds your attention from the first page to the last one.” 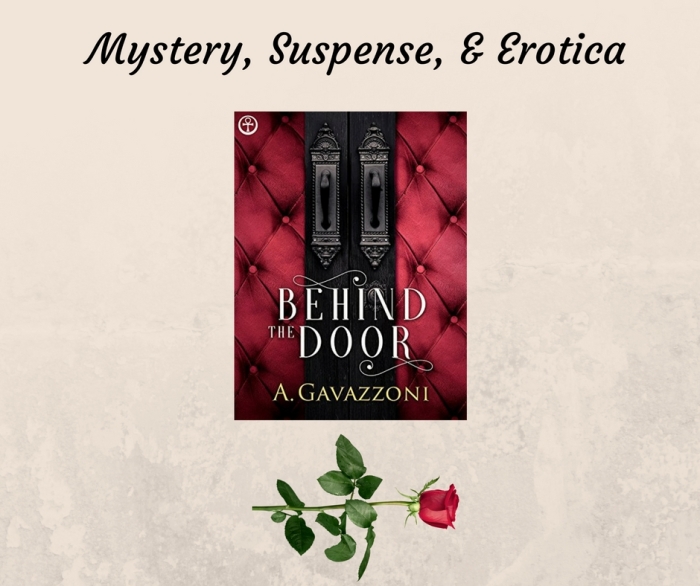 ABOUT THE MULTI-AWARD BOOK Winner:

When Lara dies at the hands of a Manhattan lawyer during a sex game, his defense attorney, Carl, hires Simone, a psychiatrist, professor, and author of books on sexual behavior to help him buttress his argument that Lara’s death was accidental. To help his defense, Carl’s client has written a detailed account of his steamy, year-long relationship with Lara. Carl gives the text to Simone for analysis. While evaluating the presumed killer’s writing, Simone continues to receive psychiatric patients with sexual disorders and unusual fantasies, to research strange sexual behavior for her next book.

Meanwhile, Simone’s clinical partner, friend and research colleague, Edward, is working with the police to capture a serial killer who is torturing and killing women. From hot and unusual sex and interesting psychiatric patients to the swing houses of New York and Paris, this fast-paced page-turner is a blend of mystery, suspense, humor, romance, and light erotica.

ABOUT THE AUTHOR IN HER WORDS: 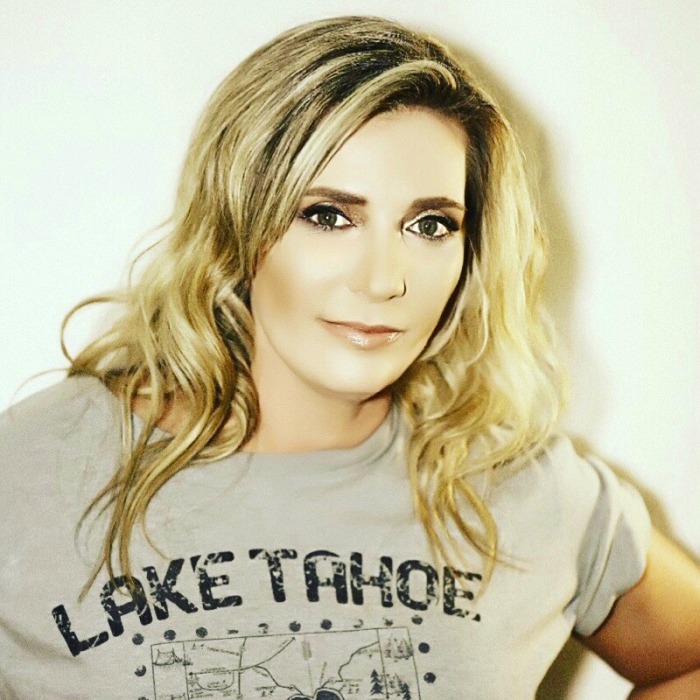 “My name’s A. Gavazzoni and I’m a lawyer and professor of law by day and a writer by night.  When I’m not practicing I enjoy spending my time writing novels and legal books and am a voracious reader. I’m a very active person and love to dance exercise, and travel. My favorite countries are France, Italy, and the USA. I speak four languages: English, French, Portuguese and Spanish, and I am currently studying Chinese. I hope to master it someday!”

I did ask Adriana a few more details of other hobbies and interests.

She enjoys painting and cooking and learning how to cook Indian Spicy food. She loves to travel, loves good wine, and has been studying astrology for fifteen years. She is an animal lover and has two poodles -Gaia and Juno. She is an aunt of four nieces who enjoy to paint and cook alongside their aunt. She lives in Brazil and is in the process of writing her next novel. 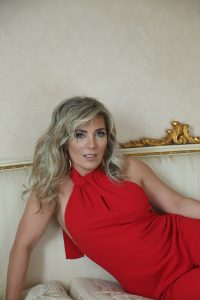 Tell us about yourself and how many books you have written.
Well…I am from Brazil…and I am a very active person, or better, I am hyperactive. Professionally I’m a lawyer and a writer…I love to dance, to work out, to read and to cook, ( I can cook some amazing dishes and now I’m learning Indian Cook…spicy!!!!).

I am also addicted to movies. I love to learn foreign languages and culture ( I speak English, French, Spanish and Portuguese) and I travel abroad whenever I can. I love art and I’m a museum rat and passionate about history. I love animals. All kind of animals. And I have two dogs, two beautiful girls, Gaia and Juno.

What is the name of your latest book and what inspired it?
“The Brilliant Game” book three JUST released! Then there is book two “Lara’s Journal” and “Behind The Door” is the first novel of my “Hidden Motives” novel series.

Human nature inspired me. I love to observe people and try to guess why they behave the way they do…it’s all about hidden motives and we all have ours.

Do you have any unusual writing habits?
Whenever I have an idea for a scene I send messages to myself (whats app and e-mails)

What authors, or books have influenced you?
So many marvelous writers inspired me…to start with the classical ones like Emily Bronte, Stendhal, Dumas, Saad Marquis, Margaret Mitchell and modern ones like Marc Levy, Tom Clancy, Dan Brown, John Grisham and Colleen McCullough …but I could list a hundred here…the poems of Alisson Matos – a Brazilian writer – from Baudelaire to Allan Poe…

What are you working on now?
I had released ‘Lara’s Journal.’ the sequel to ‘Behind The Door’ and just finished writing and ready to release book three titled; ‘The Brilliant Game’ coming now!

What is your best method or website when it comes to promoting your books?
I use to promote my books on social media, it’s a great way to let people know your work

Do you have any advice for new authors?
If you love to write, believe you are going to be a publisher writer and never give up on your dream!

What’s next for you as a writer?
Keep writing, that makes me happy!

If you were going to be stranded on a desert island and allowed to take 3 or 4 books with you what books would you bring?
Only 4? I would take Gone With The Wind, Wuthering Heights, Torn Birds, and Da Vince Code.

Those are just a few interesting answers from Author, A. Gavazonni in her Awesomegang Interview. I can tell you Adriana is a very sweet woman with a big heart for animals. She has a wonderful “sense of humor!” ….  and working with her in promoting her first novel series has been so much FUN! I just might have to add Brazil to my “Bucket List” and give her a visit someday soon! Lol. 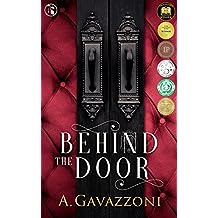 As of today, her steamy sexy book one, Behind The Door” has made honorable mentions and has won over 5 book awards so far. I can tell you this girl hasn’t slowed down as she has released book two, and just a short time ago book three now has released titled; “The Brilliant Game” the finale of this amazing novel trilogy! And now it has released in a Portuguese edition too! It starts out with hen Lara dies at the hands of a Manhattan lawyer during a sex game, his defense attorney, Carl, hires Simone, a psychiatrist, professor, and author of books on sexual behavior to help him buttress his argument that Lara’s death was accidental.

To help his defense, Carl’s client has written a detailed account of his steamy, year-long relationship with Lara. Carl gives the text to Simone for analysis. While evaluating the presumed killer’s writing, Simone continues to receive psychiatric patients with sexual disorders and unusual fantasies and to research strange sexual behavior for her next book. Meanwhile, Simone’s clinical partner, friend and research colleague, Edward, is working with the police to capture a serial killer who is torturing and killing women. From hot and unusual sex and interesting psychiatric patients to the swing houses of New York and Paris, this fast-paced page-turner is a blend of mystery, suspense, humor, romance, and erotica … 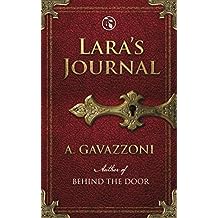 Her Follow-up book two titled; “LARA’S JOURNAL” of The Hidden Motives series and begins from book one. Simone Bennet is on a long vacation, trying to heal from the trauma she suffered at the hands of a serial-killer kidnapper. After looking death in the face, she tries to develop a new outlook on life—live in the moment! Carl, the charming lawyer, is back, asking once more for Simone’s help, this time in analyzing Lara’s journals, which were discovered by her siblings after her death. In her own words, Lara divulges all her secrets, and reveals a dramatic world of betrayal, passion, and the most unusual sexual behaviors, exposing the beautiful architect’s troubled life.

As Simone tries to deal with the contents of Lara’s haunting diaries, one of her patients gets himself into a bit of legal trouble, forcing Simone to return early from her vacation. Although she’s happy to be back on her home turf, she finds herself surrounded by a whole new set of problems. A killer is out there, and this time, he seems to be after the people Simone cares about most. Suddenly, people around her are dying, a stalker/admirer keeps showing up at all the wrong times, and Simone’s dear friend Edward has a new girlfriend—forcing Simone to analyze her feelings for him and her attraction to Carl. 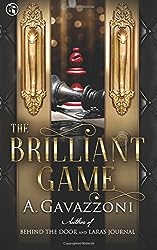 NOW Released! Book three the finale and readers say; “Fasten your seat belts before you embark on this roller coaster ride and prepare for the most unpredictable end!” – As Psychiatrist Simone Bennet feels like a pawn on a chessboard—as if some invisible, master chess player is toying with her life and the lives of the people she loves and cares for. A series of horrific events—several murders and Simone being tortured at the hands of a serial killer—culminate in the kidnapping of her daughter and have turned Simone’s life upside down. Struggling to stay afloat in the middle of a sea of chaos, Simone continues to receive her psychiatric patients and do more work for the New York attorney, Carl, while local police, the FBI, and Edward—Simone’s boyfriend, best friend, and business partner—are working hard to locate her child.

Simone is analyzing another set of Lara’s journals, and she becomes dragged into a vortex of sex addiction, suffering, and Lara’s struggle for some kind of balance in her life, while Simone battles an inner fight against her mixed feelings for the enigmatic lawyer. Filled with twists and turns, this final book in the Hidden Motives trilogy reveals a deranged, steamy, and disturbingly brilliant game of sex, murder, and mystery and chronicles a woman’s conflict between love and reason …

And? Book Reviews Tell ALL! Her is Book Diva’s Review of “Behind The Door”

An Amazing Review For “LARA’S JOURNAL”

“Fantastic!! What a great follow up from Behind the Door! The suspense in this series followed by the sizzling steaminess left me astonished! I could not put this one down. Please A. Gavazzoni, don’t make your fans wait too long for book three! The cliffhanger in this one was so intense!”

Exceptional Book Reviews Already For “The Brilliant Game – The Finale”

This was a really good read. The simultaneous plot line between Lara’s journal and Simone’s real-life make it very interesting. There is a lot of sexual content which makes it a mature read but adds to the fun and story flow. Plus, by the end of this book, there are a number of surprises that surfaced to add to the impact. I’m very pleased. The way the author wrote the story, the turns, the mystery, the thrills and everything was amazing. If I would sum up the book it’ll be:

Well, there you go! Author, Adriana Gavazzoni has done it again with her fantastic novel series “Hidden Motives” and readers and reviewers couldn’t be happier with this trilogy. If you are a big fan of hers? Go visit her new Official Author Website and connect with her on social media so you will “be in the know” with updates, new releases, and book signings. I hope you decide to give this trilogy a read, as you won’t be disappointed!