There sure has been loads going on lately with all of ‘Cat’s Authors’ I enjoy sharing, work with, and some new authors too! Now above, my girl, Popular Author and Brazil’s Daughter Adriana Gravazzoni has been traveling everywhere with her award-winning release of “Behind The Door,” book one of her Sexy Romantic Psychological Thriller Series titled; Hidden Motives. But before we get to Adriana and some of her new book reviews?

Let me share first a new book release and blog tour coming in Oct 1st — 8th, 2018 and you can Pre-Order “Comes A Specter” (Ghostland Book 2)  The Kindle Addition Now! 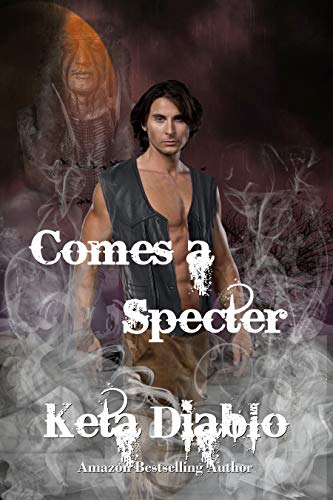 Here is more about the New Release:

Six months ago, Anya Fleming’s ten-year-old son, Willie-boy, found his father hanging in the barn. Traumatized over his father’s suicide, the boy hasn’t spoken a word since. Now, Willie-boy has come down with a grave, unknown illness and there’s only one man who can save him, Sutter Sky, a learned Blackfoot shaman known as Yellow Smoke—a shaman who was once deeply in love with Anya.

But Fate had other plans for Anya and Sutter—she was forced to marry Lewis Fleming, a cruel man who berated her night and day, and brokenhearted Sutter immersed himself in the mystical customs and beliefs of his People and became a shaman
.
As if Anya didn’t have enough to deal with after her husband’s death and son’s illness, an evil, sinister ghost is terrorizing their ranch. Anya is convinced the spirit is Lewis, who apparently isn’t done making her life miserable.

When she turns to Yellow Smoke for help, will he put aside his bitterness and save Willie-boy? And can the renowned shaman dispel the powerful ghost from their lives and send him back to Hades?

If you are book blogger or reviewer and would like to be part of Kets’s Book Tour or host her for an interview, spotlight, etc., Please sign up with The Fabulous Babs Book Bistro here on her Google Form Schedule! To learn all about this event about the author. 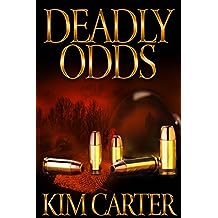 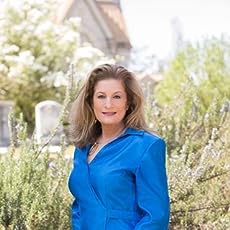 Fresh off being chosen as a “Finalist” for a Killer Nashville Falchion Award, Kim has many exciting events and appearances coming up like this one on September 20th, 2018 just outside Augusta, GA at – The Columbia County Library – Call Above For The Details!

She will be featuring her title; “Deadly Odds” and others. There will be several authors featured for this showing and is an amazing reader event for this area of Georgia!

Come out and meet several authors from the local area. For more information please visit our local authors’ page at http://gchrl.org

Next up is my girl Author, Adriana Gavazzoni! This summer she has been traveling around as her books have been releasing in other countries other than Brazil and being available online! This is a snapshot of her with Book One ~ “Behind The Door” releasing in Madrid, Spain, and several other places. And just announced? Her book two of “Lara’s Journal” was chosen as a “Top Shelf Finalist for The Indie Excellence Awards!” AND? On Television!!

Fomos acompanhar o lançamento do livro Atrás da Porta, da escritora Adriana Gavazzoni. A obra foi publicada nos Estados Unidos, recebeu diversos…
Adriana’s “Behind The Door” is now available in SPAIN! As she traveled and did a little book tour and signings in several countries where her ‘Hidden Motives’ series will now be in Book Stores. How fabulous is that?

Behind the Door | A. Gavazzoni

The book “Behind the Door” tells the story of Lara dying at the hands of her boyfriend Mark, a famous New York lawyer. Carl, Mark’s lawyer, to help with the client’s defense case that Lara’s death was accidental resolves to hire the psychiatrist Simone. The psychiatrist is a famous speaker and author of books on sexual behavior who accepts her work and begins reading Mark’s detailed printed texts about her passionate relationship with Lara. She studies every detail to form her final analysis of whether the girl’s boyfriend is innocent or not.

Simone attends psychiatric patients, with sexual disturbances and unusual fantasies, while researching sadomasochistic sexual behaviors for her next book and parallel to the office traces the profile of the lawyer and Lara as she reads the stories. She has a partner who is her best friend and research-partner. Edward helps police investigate a possible serial killer who tortures and kills women.

“Assassins follow standards that ultimately lead to them. Those of these were signs of torture, the victims’ travels, the violent deaths, the absence of rape and the sperm on the bodies. This was his trademark, his morbid signature ”

Gavazzoni has a unique, fluid writing, the scenes are of a veracity that comes to give shivers, excitement, curiosity, and desire to devour each page as if there were no tomorrow. The scenarios run between New York and Paris watered by the play of words, seduction, mystery and a mix of feelings that can only feel who read the work.

“Simone did not feel tired. The text he was reading was absorbing. If it was a novel, it would be a bestseller, one of those impossible to quit. While reading, he forgot about life, eating and resting “

The writer in writing the reports of Mark’s Diary, the psychiatric appointments with the strangest cases of sexual disturbance, the serial killer murders and all the complements of the work was of an excellent intelligence. Simply phenomenal!

It’s not just a psychological thriller, it’s a junction of categories. It is a complete work! What also surprises me is the fact that the writer is Brazilian, recognized and internationally awarded with her books in English and not so popular in our national scenario. The prejudice rooted by some who are only “good foreign authors” should fall to the ground before the writing of Adriana Gavazzoni.

Some awards received were: Behind The Door, won the 2017 Golden Book Award in the United States, Book Excellence Award 2017 in Canada, Honorable Mention at the Paris Book Festival 2017 and Reader’s Favorite Award 2017. I hope the author can soon be awarded nationally.