There is a reason why mystery readers love Author, Kim Carter and all her Kim Carter Mysteries …She has a way of writing them packed with suspense, intrigue, thrills, and leave you not sure “Who Done It!”

All six of Kim’s E-books are now on sales for the Christmas season so readers can purchase and gift them from Amazon Kindle to their avid readers and friends for a special low price now through December 25th, 2018. You haven’t read a real mystery if you have not had the “pleasure” of enjoying a Kim Carter Mystery … Here are some New Amazon Reviews to prove my point!  ~Cat Lyon 😸😸📚 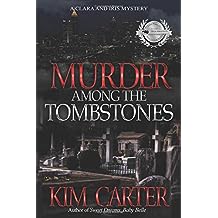 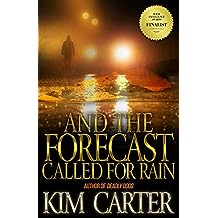 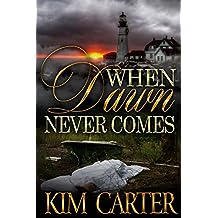 About Murder “Among The Tombstones”:

“A Clara and Iris Mystery”

When Atlanta homicide detectives are called in to investigate the murder of a nineteen-year-old girl found dumped in historic Oakland Cemetery, they immediately begin working the case. But with no leads to follow, and their case log growing larger by the day, the murder quickly grows cold.

Desperate to keep the investigation of her deceased sister going, Ginger Baines hires two novice sleuths to solve the case. Widowed, well into their seventies, and new to the world of private investigating, Clara Samples and Iris Hadley aren’t your average private eyes.

When a second body is found in a neighboring cemetery, the plot thickens. With two bodies wrapped, almost lovingly, in a soft blanket before being discarded in a cemetery, could a serial killer be on the loose?

Joined by their young apprentice Quita, Clara and Iris are determined to stop at nothing to find the killer before they can strike again.

But, will their bodies be the next ones discovered among the tombstones?

4 out of 5 stars perfect mix of action, adventure, humor, and mystery
By suzybee30on December 3, 2018
Format: Kindle Edition
This book is like reading two stories in one; which I enjoyed immensely. Each chapter rotates between a homicide detective and a case he & his partner are working on and two novice sleuths in their seventies who have opened their own private investigation office.

While the detectives are focused on a case of a murdered young woman whose body was dumped in a cemetery, they soon find themselves victims themselves of a shooting incident by possible drug dealers. Their story is nitty-gritty and involves not only trying to physically heal from multiple gunshot wounds, but also trying to solve both cases.

The novice sleuths are focused on trying to fit into this new millennium with smartphones, texting, GPS, and something called Google. These ladies humorously work cases including insurance fraud, but soon find themselves also investigating the body dumped in the cemetery.

With a combination of suspense and thriller (the detective story) and humor and madcap adventure (the PI story), this book has it all for several difference genres of mystery fans. I enjoyed how the story mixed together in the last half of the book and how the elderly PI’s were able to help the injured seasoned detective solve the case. Read more

I have not had the pleasure of reading a Kim Carter novel before. I have already ordered the first book in order to find out how Clara and Iris started. I will say that I laughed and cried during this novel. Clara and Iris are a hoot but they get the job done. I love how Ms. Carter brings this story to life. I thought I would be reading a cozy mystery but I found out that I was reading a full-fledged mystery.

When a dead girl’s body turns up in the cemetery, and it isn’t buried, Atlanta homicide detectives are called. However, with very little to go on the case soon becomes cold.

When another body is discovered in another cemetery, it looks like it may be a serial killer. With the detectives taken out of action, the first young woman’s sister hires Clara and Iris to find the killer. However, it looks like the murder may go unsolved. With supporting characters Sugar and Quita as well as various police, this mystery is a fun read. I wasn’t able to figure out the killer until the end.

I highly recommend this book. Since I love Oakland Cemetery in Atlanta, I was really drawn in!

Reviews For “When Dawn Never Comes”  E-book only .99 cents on Amazon Kinde!

This is the first book that I read from Ms. Carter and I thought it had a good storyline and great characters that keep you interested in the story throughout the book! Highly suggest this one for all Mystery Buffs!

…
5.0 out of 5 stars  Story draws the reader in and has an amazing twist.
By Amazon Robin L. Top Contributor: on November 20, 2018
Jordan Maxwell had originally moved to New York to make a name for herself as a freelance journalist. However, her great-uncle, recently deceased, has left her his massive estate in Maine.

As Jordan is packing for the move there, her neighbor is brutally stabbed. After seeing about her neighbor in the hospital, Jordan moves. Her life is about to change in more ways than one The small town, Solomon Cove in Maine is a post-card town, as idyllic as they come, yet a woman’s body is found on the beach. Other bodies are found in quick succession.

Jordan begins to wonder if the murders are somehow connected to her and to her extended family. What’s more, Jordan believes that she may be the next target. When Dawn Never Comes is a re-issue and for that, I’m thankful because I wouldn’t have had the chance to read it otherwise.

The story is very well written and draws the reader in and has an amazing twist. Why is Jordan connected? The discovery is stunning, making this book was impossible to put down!

Many thanks to NetGalley and to Raven South Publishing for this book to review!!

…
By AM Kon –Nov 6, 2018 – Perfect Mystery Thriller!
Format: Paperback
This is a good murder mystery with a touch of a psychological thriller, first published in 2016 and now re-released by new publisher Raven South Publishing …

Jordan leaves New York City for Maine when she inherits a house from an unknown uncle. When she arrives, the murders in the small town start and she must figure out her family’s past to prevent her own death. This is the first Kim Carter book I’ve read and she does a good job of holding your interest with a well thought out plot and clues.  It is a perfect stand-alone story. I received a copy of the book for a fair and honest review.

SO don’t hesitate to grab all of Kim Carter’s

E-Books All On Holiday Now!