Skip to content
HomeIn-Depth Interview Share With Rusty Blackwood All About Her New Romance Drama ~ “The Perils of Autumn.”

The Perils of Autumn is a contemporary romantic drama, set primarily in the early 1970s, and centers on young Kentucky woman, Autumn Leeves, born in 1946 to Abigail Leeves, an unwed mother who struggles to make ends meet. By 1970, Autumn graduates nursing school and is sent on assignment from the local hospital to care for the terminally-ill wife of middle-aged, English equestrian master, Cyril Landon, owner of Landon Lawns Stables, a most successful thoroughbred racing stable located just outside Lexington, Kentucky in a posh community known as The Meadows. 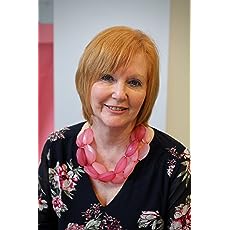 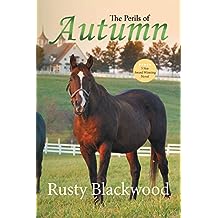 Tell us about Duff Taylor. He’s the other main character in the book, right?
Duff Taylor, world renown jockey who is tops in his field, lives full-time above the tack room at Landon Lawns and enjoys the many benefits it brings, but he also has a dark secret surrounding an unsolved racing incident from his past that he will go to any length to protect.

Autumn arrives at Landon Manor in time to be thrown into the fray and finds herself caught up in the ongoing disruption that ensues.

Oh? What genre does this book fall into?
Romance.

If you like a story that is filled with action, drama, and suspense, as well as one that will touch your heart in the process, you’ll love my book.

So it’s not just a simple romance story?
As there are a few different aspects and subjects entailed in this story, I feel it will appeal to a general audience, especially those who love the world of the Triple Crown, and professional equestrian events. However, people and situations do not always appear as they are.

It also shines a light on what it was like for single mothers in the 1940’s who endured the judgmental standards of the time. It applauds the resilience of Abigail, and her daughter Autumn, as they struggle to make their way in a world that is often against them. So for anybody looking for an insightful read, this is the one to read.

Talk to us about Autumn.
She is a young, strong, determined woman, born in 1946 to an unwed mother. Autumn refuses to adhere to the same standards that tried suppressing her strong-willed mother, and at age twenty-four, becomes a registered nurse who is excited to see where her career will take her. She is a compassionate, feisty, auburn-haired, doe-eyed beauty who loves animals, horses in particular, and wears her heart on her sleeve.

How much of Autumn is really just a reflection of you?
A fair amount, such as the love of horses, the excitement of riding, the need to constantly be strong regardless of how I feel, and the drive to succeed in areas that always seem against me. I have always borrowed from my own life experiences when creating a new story, and used them to create unique, interesting characters to immerse into stories that I would love to be part of.

Sounds like you’re not done with this character.
The Perils of Autumn is the first of two. The second carries on from where Perils of Autumn leaves off and takes the reader to end of the intriguing story. It is titled, Return to Autumn, and is expected in early 2020.

We know that you like horses – what else do we need to know about you?

I was born in St. Thomas, Ontario, Canada, and grew up on my paternal grandfather’s farm in rural south-western Ontario. I graduated with honors in Interior Decorating & Design – not writing – and I am not professionally trained in the field, however, I developed my love of writing while still in elementary school, and carried that love well into my adult years. I was fortunate to be blessed with the unique ability to express myself through the stories I wrote. I became a serious writer in 2001, and an independent, self-published author in 2009, publishing my first collection of contemporary and traditional poetry, entitled, Feelings: A Rhythmic Journey in Thought, which I later republished under the title, Impressions, containing the contents of Feelings along with new work. My first love is romance drama, and I love to create scenarios to immerse my often colorful characters into. I am a retired vocalist, and musician who plays guitar, and bass guitar respectively, and once performed professionally with two south-western Ontario bands: ‘The Midnight Ramblers’, country music, and the country/rock/blues band, MIRAGE. I love art, animals – mostly dogs and horses, boating, gardening, taking long walks in nature, and spending time with family and friends as well as my dear cat, Tipper.

Can we go back to your career as a writer? Tell us more about that.
The Perils of Autumn is my seventh title. I had published four titles prior, but they are no longer available, so I presently have seven. I write four different genres, and they are – with tiles, children’s short stories, ‘Through the Eyes of Innocence’, a comedy series, ‘The Misadventures of Derwood Tugbottom’ and ‘Derwood Returns’, poetry, ‘Impressions’, and romantic fiction drama, my favorite genre, consisting of Passions in Paris: Revelations of a Lost Diary, and ‘Willow’s Walk’.

I have just completed the third installment of my comedy series, entitled, ‘Derwood Goes Caribbean’, which is soon to be published.

How on earth is it possible to write so prolifically in multiple genres? Where do your stories come from?
Mostly my imagination, as well as the different things I love to do. There’s always a story to be found within all of them.

Okay, can we test your ability to come up with stories? What if we give you 4 random words – airport, gun, Pepsi, floods? Can you turn them into a story?
A beautiful executive from a well known Toronto accountancy firm was in flight to South Beach, Miami. She sat sipping an ice-cold Pepsi when the captain’s voice came on the intercom, announcing his intention to land elsewhere as their designated landing strip was covered in oil, flooding the entire landing area. She was about to speak to the gentleman beside her, when someone screamed, “He’s got a gun!”

Wow, that’s exciting. How can our readers contact you on social media – if they want to nag you for the rest of the story?

What’s next for you?
I have just completed the third installment for my Derwood Tugbottom comedy short series, titled, ‘Derwood Goes Caribbean’, and will be publishing that through Amazon’s KDP platform. I have also begun work on the follow-up novel to ‘The Perils of Autumn’, titled, ‘Return to Autumn’. I have also considered doing a final poetry collection that will contain my favorite selections. I also have a historical documentary underway based on my years with my family’s country music band, The Midnight Ramblers, titled, ‘Rambin’ Years: The Midnight Ramblers: A Biographical Account’.