A newly retired government official, Derwood J. Tugbottom, an English bachelor is a man who fancies the ladies … An adult fiction comedy series and the character of Mr. Tugbottom, he both audacious and eccentric! Amazingly Hilarious and a FUN SERIES TO READ! ~Review

Let’s Start With BOOK ONE: “The Misadventures of Derwood Tugbottom” Kindle – $2.99! 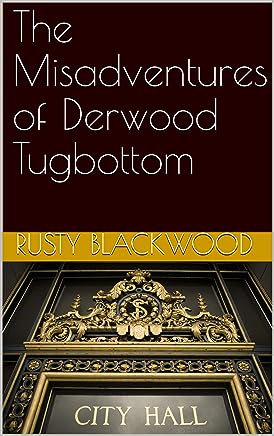 The Misadventures of Derwood Tugbottom is an adult comedy short centering around newly retired government official, Derwood J. Tugbottom, an English bachelor who fancies the ladies but never found one that could take his attention from his appointment until he travels to an active Canadian Retirement Centre.

Throughout a series of misunderstandings, mostly brought on by himself, the over-bearing retiree finally retaliates, leaving the retirement center reeling in his wake. 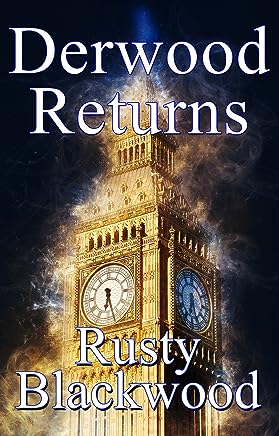 The audacious and eccentric, retired London City Hall senior official, Derwood J. Tugbottom, who was first introduced to readers in 2012’s unforgettable adult comedy short, The Misadventures of Derwood Tugbottom, is back in this hilarious follow-up, entitled, Derwood Returns.

The bubbling and pretentious Englishman, known for his staunch outlook and demanding ways, decides to return to the picturesque village of Vinehaven on the Lake, where he takes up residence in the swinging Sunset Villa Retirement Center, located directly across the road from the infamous Anchors Away, of which he hastily departed two years earlier. Now he is back, with a hard learned lesson beneath his belt, and hopes of finding the life that escaped him on his initial try. 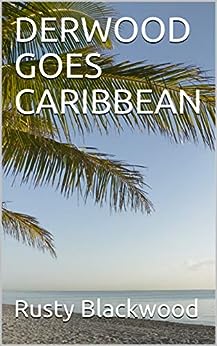 …..
The austere and proud Derwood Justice Tugbottom, dejected by a defunct love affair at his current residence, the swinging Sunset Villa Retirement Center, located in the picturesque village of Vine Haven On-the-Lake, convinces his best friend, down-to-earth Scotsman Robert McEwen – also wandering through life searching for the same contentment as Derwood – to join him on a new adventure.

Christmas of 2014 is fast approaching, and an intrepid Derwood talks Robert into taking a single’s cruise to the Caribbean with him, which sends them on another eccentric adventure.

Will they find what they hope to aboard ship?

Will happiness present itself in one the ports of call, or will it avoid them altogether?

*** Derwood Goes Caribbean is the third installment in the well-received Derwood Tugbottom comedy series, beginning with, The Misadventures of Derwood Tugbottom, followed by Derwood Returns.

>>>>>>>
Canadian Indie author, Rusty Blackwood, has written an array of titles and genres. Miss Blackwood resides in the city of St. Catharines, located on the southern shores of Lake Ontario, Canada. (Photo courtesy of her dear friend Sammy who passed).

Top ranking romantic fiction author Rusty Blackwood believes the flair for fantasy is anything the mind wishes it to be, and she is a master at this. Within her expressive mind is found an endless array of romance, passion, textures, and colors to sweep the reader to exotic, faraway places where anything is possible, proving that her words really do leave you breathless.

Canadian born Blackwood, who chose her plume de nom by combining both the colour of her russet hair with her estranged husbands’ great, great, Scottish grandmother’s maiden name, grew up on her paternal grandfather’s farm in southwestern Ontario, Canada where she developed her love of writing while still in grade school, entering numerous competitions and writing exhibitions throughout her area, and attributes her love of writing to her late father James, and to the late Gladys Carroll, her elementary teacher. Although unprofessionally trained in the field, Rusty has always had an affinity for the written word, a gift to express it, and has demonstrated this talent many times since becoming a serious writer in 2001.

Miss Blackwood is a bronze medalist winner in the 2006 Annual International Library of Poetry, sponsored through PoetryPoem.com, for her 2005 poem, Desire. She enjoys writing adult fiction comedy as well.
Her work is available on all Amazons online worldwide.
Visit her official website: Author, Rusty Blackwood and connect with her on Social Media.