Skip to content
HomeCat Welcomes Author Pavane Ravel To The Reading Den & Her Novel Series ‘The Other Shoes of Larry Martin.’ Book One Has Now Released Titled ‘Revelation of Lies’…

Hello and Welcome to all my readers,

Cat is so honored and very excited to share a new emerging author with all of (you), my readers, friends, and new visitors to Cats Reading Den.

Meet Ms. Pavane Ravel. Pavane is a unique writer and wordsmith of dramatic literary, twisty political fiction novels. Her new novel series is titled “The Other Shoes of Larry Martin,” and, as she shared with me, she has been ‘living and breathing’ her main character of Larry Martin for quite some time now. Well, let’s just say…for writing over six more books to come in this novel series, and that, they say, is a whole lot of writing, my friends!

I am reading the first novel and introduction to her series titled “Revelation of Lies,: I have to say her writing style sort of reminds me a little of another author I enjoyed reading years back, Mr. Harold Robbins who wrote many literary fiction novels that incorporated loads of topics in his books like sexiness, salty language, murder, politics, and so much more. he wrote with just “Letting It All Hang-Out” so to speak. Hopefully, Pavane won’t be too harsh on Cat for that comparison! But I do enjoy books that do! Even though they are lit fiction, they are real and raw.

So who is Pavane Ravel? I think I will share some of this from her amazing Press Release, some in her own words, and a few questions and answers she shared as she will be the Featured Author & Interviewed by Deb of Book Goodies in a few short weeks. So without any more delay.

Let’s learn more about this author and her new novel series with the first book for The Other Shoes of Larry Martin: Book One: Revelation of Lies … First, Pavane has her e-books on sale for readers with several reader options to purchase!

Purchase “Larry Martin” From The Authors Website Use Coupon Code LARRY
To Recieve a Discount on Your Order>>> https://www.pavaneravel.com/shop

Here are a few other options where the e-book is on sale:
The Other Shoes of Larry Martin: Book One: Revelation of Lies ~ $2.99 on Amazon

https://store.bookbaby.com/book/the-other-shoes-of-larry-martin?format=ebook ~ Bookbaby $3.99 Use Coupon Code LARRY at check out for a discount.

ABOUT PAVANE RAVEL AND SPECIAL MESSAGE TO READERS: 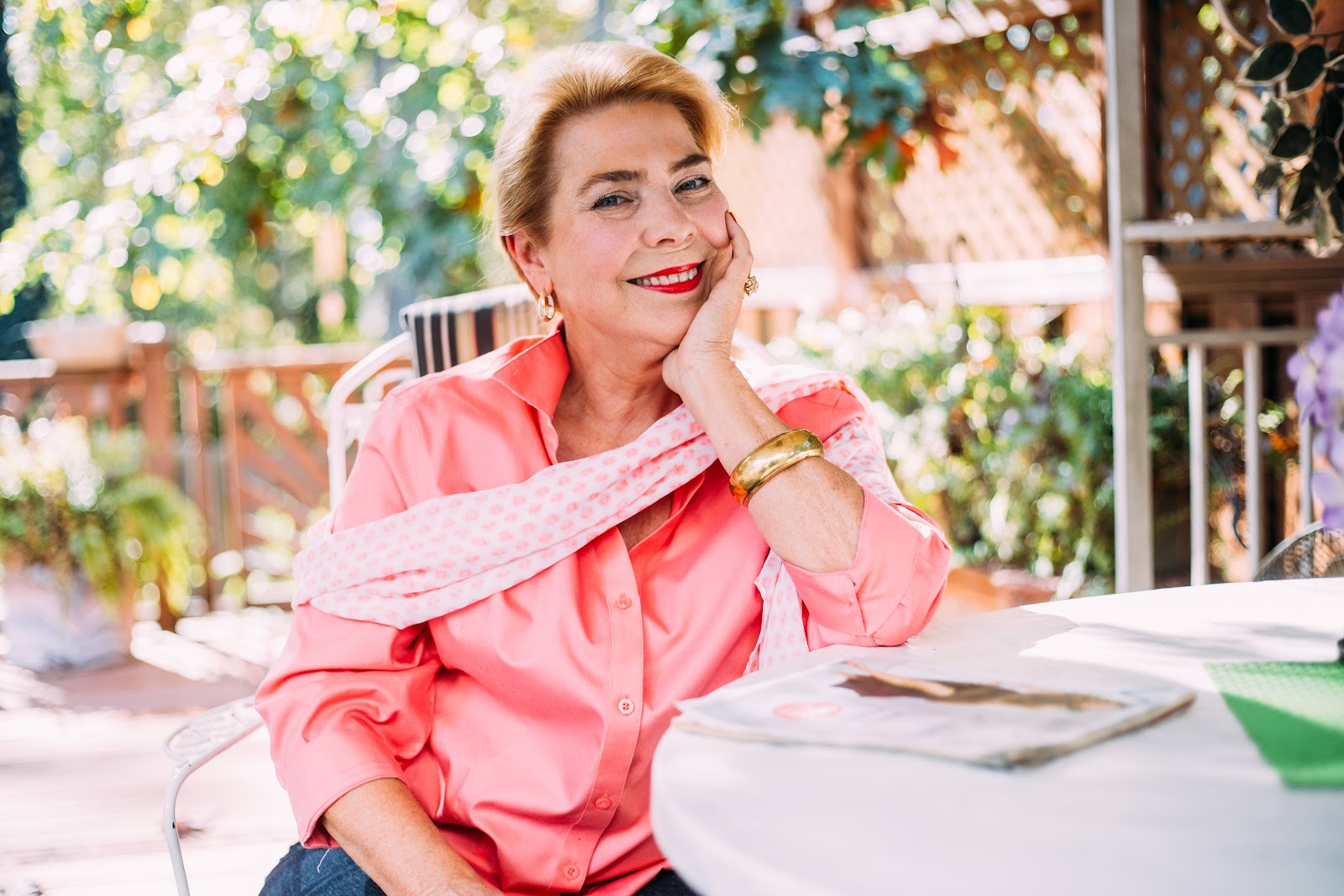 “I grew up in a conservative Catholic home. My father was a politician involved in the ‘moral majority,’ which sought to criminalize gays and destroy women’s reproductive rights. As a child, I didn’t know better. But eventually, I had my own revelation about what I believed. I found extreme conservatism to be narrow-minded and authoritarian. Its policies inflicted the worst kind of misery. I noted the hypocrisy and deceit. All of it changed me.

Growing up, I closely observed the viciousness of conservatives. I saw that they didn’t care about living with children, so long as they could force a woman to have a child. And after that child was born, it was a ‘moocher’ if the mother needed government support in feeding that child.

I watched Ronald Reagan throw the mentally ill out of hospitals and onto the streets. People who needed food stamps and supplemental family aid were called ‘welfare queens.’ The American way was to ‘pull yourself up by your bootstraps.’

I have watched the decimation and underfunding of public education. As a result, much of America is no longer well educated.

I have lived through the Recession of 2008, where approximately half the country lost their homes and savings.

I have observed the current crisis of rising rents, resulting in a horrific increase in homelessness. All of this relates to the conservative fiscal policies of ‘trickle-down economics’ which have never worked.

Then, in 2010, the Supreme Court ruled for Citizens United, essentially allowing corporations to become people. (The only dissenting opinion came from Associate Justice John Paul Stevens who argued this ruling represented ‘a rejection of the common sense of the American people who recognize the need to prevent corporations from undermining self-government.’) And of course, this ruling DID allow the billionaire donor class to buy the government through dark super-PAC donations. As was feared, the Citizens United ruling boosted the electoral success of Republican candidates. But that was the sole purpose.

And as was feared, over time, conservative policies funneled the money upward from the middle class until a handful of billionaires own more than 60% of the world’s wealth. I feel this is awful and morally wrong.

I am neither an economist nor a political scientist – although I studied political science at University and ultimately became a commodities broker reporting on the technical nature of economics and the impact on the domestic markets.

As a progressive, I have been frustrated over conservative policies that help the ultra-wealthy, but not the people. I have watched homelessness rise under Trump. And thus began the kernel of my idea for The Other Shoes of Larry Martin. I never dreamed it would turn into a series, but now, I am on Book Five. I do try to illuminate some things in these books — that kindness can change the world, toxic masculinity is not the answer, and governmental policies can be used for good or ill. And, of course, more.

Book One begins the contemporary story of a young man who faces his failings and must change and grow in order to succeed. I hope you will join me on his journey of learning, discovery, and a transition to a better path.”

An Author & Writer. Following politics and the economy.
Contributor to Rantt Media. Writer for Illumination.
Sign up for updates: tinyletter.com/pavaneravel

WHO IS LARRY MARTIN MC?

Beginning in book one of ‘Revelation of Lies,’ Larry is fired, he finds himself with no friends. He knows he’s in serious trouble and immediately tries to find work. He calls all his contacts, but no one is interested in helping him. He is down to one last contact to call. The most important one. It’s to Peter Bennett, the only guy he’s ever respected. Larry knows Peter works for a big-time progressive web-based newspaper. Maybe Peter will give him a chance to write?

Peter is kind. Even knowing that Larry worked at The Bart Data Report – a site he considers a trash heap of conspiracy theories and bomb-throwing agitation – he allows Larry to submit two timely political articles. He doesn’t think Larry has the skill set to write at the level of The Political Standard, but he would see.

While Larry is researching his articles for Peter, he begins the struggle of opening his mind from a closed conservative mentality to a massive new progressive worldview. He barely gets his articles written when disaster strikes and he suddenly becomes all that he has mocked and despised. Now, he has to survive. And after he is struck by a shattering revelation, he knows he has to change.

Profoundly. Deeply. Totally. And to keep changing until he becomes an entirely different person.
He would save himself in this way …

The Other Shoes of Larry Martin

Pavane Ravel delivers a powerful new novel – a riveting story of transformation and inspiration! This book is a compelling combination of Progressive politics, enduring friendships, metaphysical exploration, and personal triumph. I loved this book and I’ll wholeheartedly
recommend it to all my friends!”

Written by the emerging author, Pavane Ravel, The Other Shoes of Larry Martin tells the captivating story of a politically conservative young man, Larry, who endures a number of hardships that lead him to become homeless and hit rock bottom.

He is forced to face the reality of his life choices and reflect on why he has no friends and why he often treated people very poorly throughout his life.

During his turbulent fight for survival, he arrives at the conclusion that he must undergo a drastic transformation in order to find peace and personal success.  He resolves to make significant changes and become a completely different person.

The Other Shoes of Larry Martin is a story. Larry’s story — of hard times, revelation, growth, and transformation. There is sadness and joy. Discipline and discovery. Trauma and recovery.

Book goodies: What inspires you to write?

I was born wanting to write. As a child, once I learned how to read, all I did was read. Then, at age 13, I decided to try to write my first book, The Leader of Yore. It took me 5 years, writing in the dark and in secret from my parents. Finally, I ended up with 322 single-spaced hand-written pages. This book was for me. I had wanted to find out what it took to write a novel and I did. After I was done, I put the manuscript in a drawer and never looked back.

As life went on, between college, marriage, working full time, raising children, maintaining a household, and paying attention to my lovely husband, I had no time to write during normal hours. But, when my kids were in middle school, I was bitten hard by another inspiration for a book called Hepplewhite.

I loved Hepplewhite and I often wrote at night when everyone was asleep. I lived and breathed this book. It took me years to finish, writing a little at a time. But I did finish. And by now, I knew that all I wanted to do was become a full-time novelist.
What inspires me to write? The love of writing itself. And the complex process of turning imagination into a living thing on paper that can be shared.

I am finally able to fulfill my dream of writing full-time. It’s a good thing. Because when I was struck with the idea for a series titled, The Other Shoes of Larry Martin, I realized that by the time I was done, this series would come in between 4,000 to 5,000 pages, spread over at least 7 books. And that is exactly what is happening. Larry Martin, is for me, just monumental.

Who are YOUR favorite authors?

The Featured Author Interview will be available on Book Goodies Network around Valentine’s Day! Make sure you take a visit to read the of the interview with Pavane Ravel>>>> https://bookgoodies.com/category/interviews/

I sure hope you have enjoyed learning about this new emerging writer and fantastic author! Start reading book one and follow this unique novel series as Larry Martin’s life journey will be unfolding within many new releases to come.

You may connect with Pavane through the helpful links below as she also enjoys hearing from readers and can email her at pavaneravel@aol.com… Find her on social media!
Website, Join Author’s Newsletter, Twitter, Instagram, Goodreads, Amazon