A MUST VISIT FOR Writers and an Article Reshare About?  “BAD REVIEWS”

Bad reviews! Any writer with a published book gets crappy reviews. How do we deal with them?
…..
Here are ten tips:

….
1 – Refrain from responding
As much as you might want to respond, either politely or with harsh words, don’t do it. Once you’ve left a comment or sent out a Tweet or posted to Facebook, your negative response will be out there for all to see forever. You might get a few fans to rally to your cause, but most will view you as the villain, not the reviewer. Even if you later delete it, the damage is done. Sending an email is a bad idea as well. So refrain from adding fuel to the fire and keep your grumblings private.

2 – Know that it’s part of the process
Guess what? We all get negative reviews. It goes with the territory. Remember, you created art. Art is subjective and not everyone will like your book. You can’t please everyone. (And if you do, then you really didn’t say anything of value.)
Shake it off and move on.

3 – Laugh about it
What are you going to do—cry? Might as well laugh about it! Often a bad review is just as poorly written. So turn the tables and have a good chuckle about it.

4 – Remember they add validity to good reviews
What do you think when a book has nothing but five-star reviews? You start to wonder, don’t you? Friends and family of the author? Paid reviews? A couple bad reviews mean some readers were honest—which means the rest of the good reviews are probably honest as well. Plus sometimes people want to know if the book is really that bad and they read it!

5 – Look for constructive criticism
Often two and three-star reviews will offer constructive criticism. Look for it. Is there any validity to what they said? Can you see areas where you can improve or issues you need to address? (Several reviewers didn’t like the fact there were no women in my first book. I listened and made sure there were several women in the next one, including a female main character. That book garnered better reviews than the first.) Learn from the bad reviews and write a better book next time.

6 – Don’t focus on the negative
We tend to focus on the negative. We can have a hundred great reviews and one bad one. Which gets our attention? The bad one! Who cares? When doing averages, what do they always do? They drop the top numbers and the bottom numbers. So ignore that bad review and don’t even factor it into the equation.

7 – It’s just one person’s opinion
Everybody has an opinion. And they are just that—opinions, not facts. So one person didn’t like your book? Big deal! Out of millions of readers, that’s not even a drop in the bucket. (Unless all of your reviews are bad!)

8 – Don’t let it stop you
Yes, putting a book out there is scary. It’s a creative endeavor, which makes it a little more personal. We can’t take it personally though. We have to believe in ourselves and not let bad reviews stop us. Have you ever encountered a jerk at your work? Did it cause you to give up and stop working forever? No! So don’t let a negative review from someone you’ve never met stop you.

9 – Write the next book
This is the best thing you can do! Just hunker down and write your next book. Show those naysayers that you are a great writer. Take your experience from the previous book and pour it into the next one. Besides, you’ll be so busy writing, you won’t have time to worry about bad reviews. 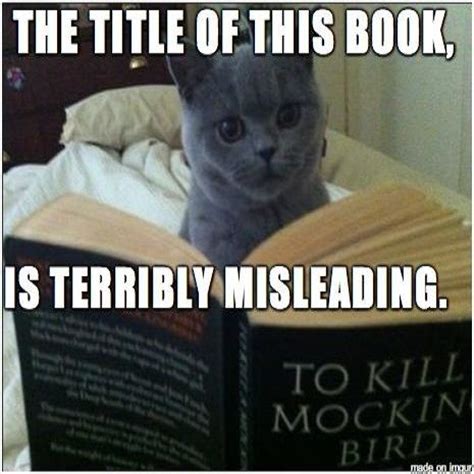 ……
10 – Kill off the reviewer in your next book
If all else fails, then just put that reviewer into your book as a murder victim or monster that is slain by the hero!

…..
“It is not the critic who counts; not the man who points out how the strong man stumbles, or where the doer of deeds could have done them better. The credit belongs to the man who is actually in the arena, whose face is marred by dust and sweat and blood; who strives valiantly; who errs, who comes short again and again, because there is no effort without error and shortcoming; but who does actually strive to do the deeds; who knows great enthusiasms, the great devotions; who spends himself in a worthy cause; who at the best knows, in the end, the triumph of high achievement, and who at the worst, if he fails, at least fails while daring greatly, so that his place shall never be with those cold and timid souls who neither know victory nor defeat.” – Teddy Roosevelt

How do you handle bad reviews?

I wanted to share an interesting take of a conversation with the Lord by my good pal and fantastic blogger/writer “TreyZ Guy” and his blog “Imagine” http://treyzguyblog.com  Now I know I could do the usual Re-blog, but I feel that’s not good enough for my pal, as Trey always deserves a “FABULOUS” INTRO”! S0,…here is Trey’s *Special and Spiritual* blog post titled: “Me and Jesus”….ENJOY!
.

It was a tumultuous relationship at best, mostly on my part.

It seems that I am needy, and kind of a bitch.

Jesus never called me that to my face, but I could see it in his eyes when I would start on one of my “But you promised’ rants.

He’s been very patient with me and has tolerated my little outbursts now and then.

Even after I dumped him and told him that I didn’t believe anything he had ever told me and that I doubted that he had ever even loved me.

I said that all of those Facebook meme’s that he keeps posting on my page is just a poor attempt to stay all up in my business.

I told him that I didn’t appreciate him using his position as the “Son of God’ to influence my friends into subconsciously posting all that crap.

“Why can’t you just leave me alone?” I asked

“That’s not a very mature reason” I said.

“Deal with it!” he popped off.

I felt like punching him in the eyeball, but it just doesn’t seem right to give Jesus a black-eye, lord knows I’ve tried.  (Pardon my pun)

“It’s over, we have nothing in common” says I.

“What about Black Sabbath?” I said, kinda like a snot.
.

.
“Everybody loves Sabbath” He said. “I…Am…Iron-Man….” He starts to sing, then stops and grins that grin.

“Let me put it this way, so you can understand me there Big Dawg….” He says

“I am like your Granny’s refrigerator……you may leave for a while and not come visit me for some time but when you do, there is always something here for you and you don’t even have to ask”

Why did that make sense to me….?

“You’re using my starvation on this diet against me, talking about refrigerators!” I surmised.

“I do what I have to, to get your attention” He put a hand on my shoulder….

I shrugged my shoulder and brushed his hand away.

“What about all those years I was drunk, losing my kids, all that abuse I got when I was just a kid!’

“I was there” he said

“Well….” I said “I never saw you, I never heard anything, I didn’t get no miracle saving me”

He just stood there looking at me, his hands in his pockets….waiting for me to finish I guess.

“You never went far” he said quietly after I had stood there for a minute staring at my shoes. I looked up at him and frowned.
.

“I didn’t want to walk that particular path” I replied, a little snide jab.

He had a good point.

I couldn’t argue with that. I wanted too……but I couldn’t.

I only had to bear a cross, not hang from one.

“Okay…I’m sorry, forgive me for being such an asshole” I said.

I held out my hand.

He took my hand and pulled me into a bear hug with a hard pat on the back.

I hugged him back, a little tentatively at first, and then I gave him a good hug.

“You are an asshole…..I have to admit that” Jesus said to me with that grin and look that always follows you around a room when you walk by one of his paintings.

“But that’s one of the reasons I dig you baby!” He said.

“Let’s go get a Starbucks” I offered.

“Starbucks is of the devil” Jesus said.

“I couldn’t agree more” I said.

“But,”… He added with a wink “I do love me a Peppermint Mocha”

“You have to put on some shoes, they won’t serve us if you ain’t got no shoe’s on” I said, looking at his feet.

Man those nail holes freak me out sometimes.

Jesus looked down at his feet, wiggled his toes and said “They won’t serve ugly people either, but I’m going with you.”

Funny…..I thought. A million comedians are out of work and I get this guy.

But not to be out-done, and feeling better about hanging out with my old buddy again, I couldn’t help it….

He was waiting for me to say something, he knew that I was an asshole….that much he had admitted to, but he also knew that I am a smart ass….

He knows me so well….

I hate that sometimes.

I said “At least I don’t look like a hippie…. you need a hair-cut”

He put his arm around my shoulder, grinned that grin and said in a deep mocking baritone voice;

Then we both bust out laughing.

He gave me a quick rabbit punch in the stomach, and shouted “Race ‘ya!”

He took off running towards the Starbucks, still barefoot.

Jesus flipped me the bird over his left shoulder, never breaking stride.

I smiled and took off after him.

He was holding the door open for me when I caught up to him, that grin again.

In his terrible baritone voice he said “Knock and it shall be opened…’ he smiled bigger.

Some people’s kids I thought….“You first” I said with a deep courtly bow.

“Right behind you” he said.

.
SO, When was the last time you had a conversation with Jesus? Well?
Author, Catherine Townsend-Lyon
Thanks Treyz for a Great Blog post to share!